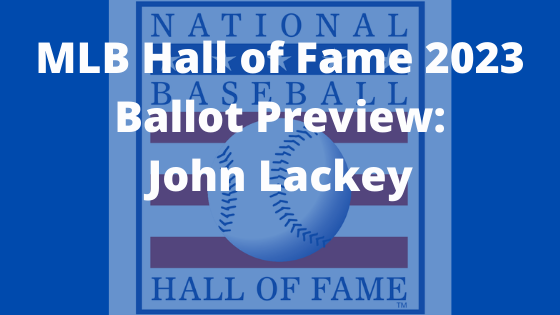 As we continue our series of Hall of Fame ballot previews with the MLB season shut down by the coronavirus pandemic, we now focus on John Lackey. Lackey won three World Series in his career, one each with the Angels, Red Sox and Cubs. 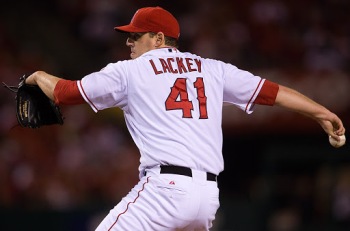 Lackey had success at many different points of his career. In his rookie season, he went 9-4 in 18 starts with a 3.66 ERA, which was good for a 121 ERA+ with the 2002 Angels. He finished fourth in AL Rookie of the Year voting (as Eric Hinske won the award) before playing a major part in the Angels winning the World Series. He pitched 10 shutout innings between the ALDS and ALCS and made the start in game 7 of the World Series, going five innings with one run allowed and getting the win. He would make his one and only All-Star game with the Angels in 2007, when he won the AL ERA title at 3.01, good for a 150 ERA+ which also led the AL and he finished third in Cy Young voting as CC Sabathia won the award with more innings and strikeouts.

After his career was in danger following an awful 2011 season and Tommy John surgery wiping out his 2012 season, Lackey bounced back with a 117 ERA+ in 2013, though he would go just 10-13 in spite of his Red Sox winning 97 games. Lackey once again came up with big postseason moments, throwing 6 2/3 shutout innings in his ALCS game 3 start, then once again winning the World Series-clinching game with 6 2/3 innings and one run allowed in game 6.

He received Cy Young award votes again in 2015 as he posted a 142 ERA+ with the Cardinals, posting an ERA below 3.0 for the first time in his career. The Cubs signed him that offseason, and in 2016 he put together a 125 ERA+ in the regular season but struggled in the playoffs with a 4.85 ERA and an 0-1 record in three starts, though the Cubs won both of his no-decisions and ultimately won their first World Series since 1908.

Lackey deserves credit for his playoff success. He pitched very well in the postseason, as his 1.38 playoff win probability added suggests. But it was never even enough to win a series MVP, and it isn’t enough to push an above-average career into the Hall of Fame. JAWS ranks Lackey as just the 215th-best starting pitcher in MLB history, with 65 starting pitchers enshrined in Cooperstown.

Up next: Jacoby Ellsbury.

Stats and info courtesy of Baseball-Reference.