Part six of our series on Hall of Fame ballot previews without live sports in North America brings us to Aramis Ramírez. Ramírez was a hard-hitting third baseman who left plenty to be desired in the field. He’s best remembered for his time with the Cubs, who pulled off a heist in the trade to acquire him. 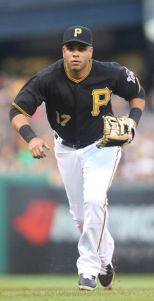 Lack of value when he didn’t hit the ball. He had -86 career WAR runs fielding, -31 baserunning, -23 from grounding into double plays, and drew just 633 career walks in nearly 9,000 plate appearances. His walk rate of 7% would places him above just three players enshrined in the Hall of Fame who retired after 1980. That would leave him behind 40 others. Those three players who would be behind him? Iván Rodríguez (catcher, 13 Gold Gloves), Andre Dawson (outfielder, 8 Gold Gloves) and Kirby Puckett (outfielder, 6 Gold Gloves). Ramírez played a less premier defensive position than the three of them and played it worse.

Another way of comparing him to Hall of Famers is looking at that awful away-from-hitting productiveness. There are six current HOF batters with at least -10 in all those categories that Ramírez is at least -23 in, and only two of them have less than 300 runs batting, one of just two other components of WAR (the other being positional value which a player has much less control over). They are: Ernie Lombardi, at 200.9 runs batting; and Ted Simmons, at 172.0. Ramírez had 170.3. Lombardi was a catcher who won an MVP award in 1938 and a World Series in 1940, and was elected into the Hall via veterans committee in 1986. Simmons was also a catcher, though he didn’t win an MVP or a World Series, and was elected into the Hall via veterans committee in 2020. He is yet to actually be enshrined in Cooperstown.

So Hall of Famers that are in Ramírez’s ballpark in hitting were either better fielders, catchers, or both. Hall of famers that had his same drawbacks away from the plate were either better at the plate, catchers or, again, both (Mike Piazza was one of those six from the list in the last paragraph and he had 417.8 career runs batting). Any Hall of Fame comparisons we’re able to find for Ramírez have a clear reason why they were better than him.

I mentioned a trade at the start of this article, and don’t want to leave without mentioning it. On July 23, 2003, the Pirates sent Ramírez to the Cubs along with Kenny Lofton for Matt Bruback, José Hernández, and a player to be named later, with the Cubs adding Bobby Hill on August 15th to complete the deal. Bruback never made the major leagues, Hernández was coming off his only All-Star season in 2002 but had already been traded earlier that year by the Rockies because of how much he struggled and was released by Pittsburgh at the end of the year, and Bobby Hill pinch hit more times than he played the field in his career, and his Major League career ended in 2005 at age 27. Ramírez produced 24.1 WAR for the Cubs over nine seasons, and Lofton provided 1.8 WAR by hitting .327 down the stretch for a Cubs team that made the playoffs that year.

Ramírez will be remembered fondly by Cubs fans, and deservedly so for the value he provided them for nearly a decade. But he fell short of Hall of Fame-level production.

Up next: Shane Victorino.

Stats and info courtesy of Baseball-Reference.